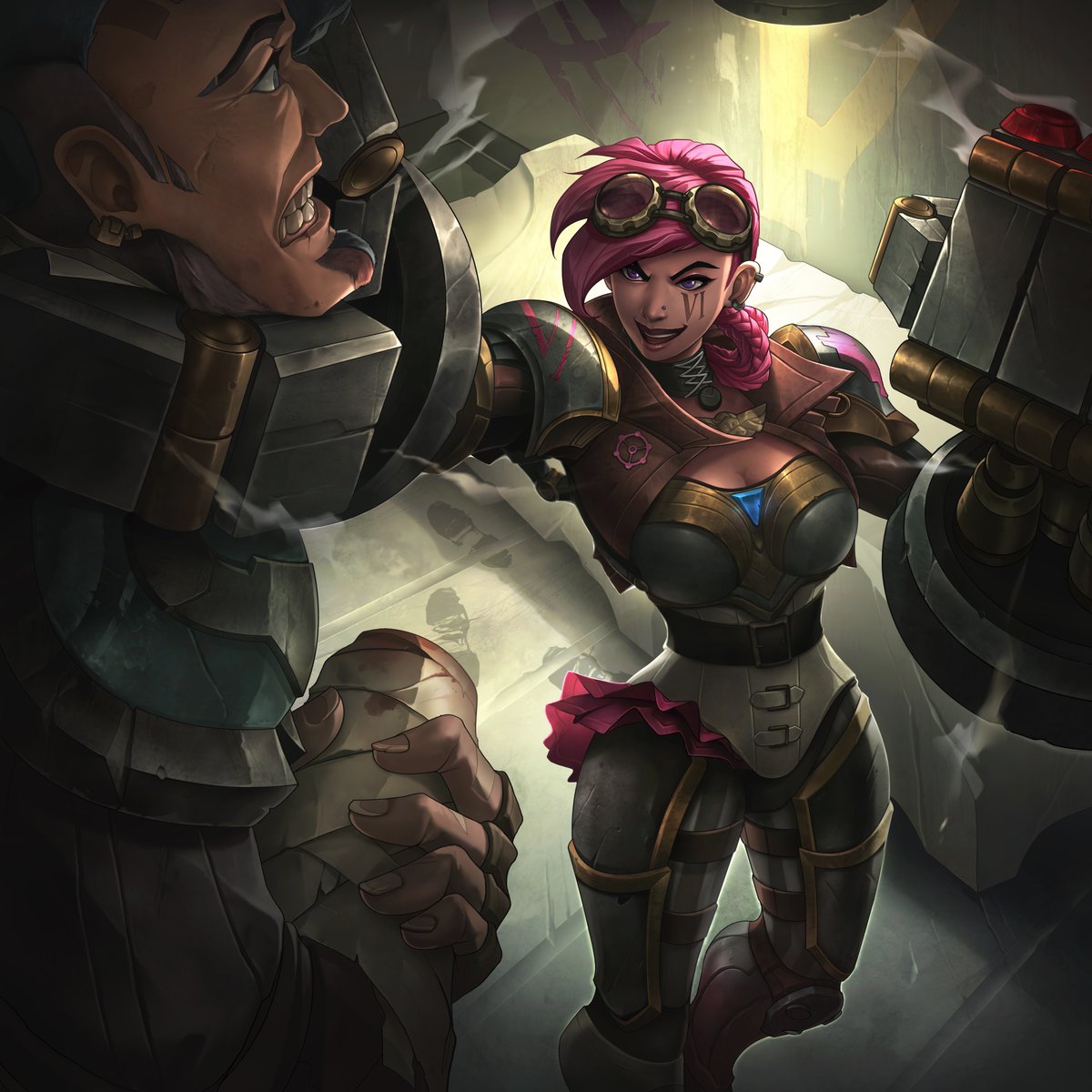 This is a continuation of my last musing article so if you haven’t read it, I suggest you do. Don’t worry, it’ll open in a new tab.

Following up from last week, I wanted to talk about sexuality in another game I play (being League of Legends) and how sexuality gets assigned when it comes to a void. I actually wrote a paper on this back in college when it came to a class so some of this might be recycled.

When it comes to a game like League with hundreds of characters and not enough time to write a novel for all of them, you cut corners. For most characters, a single short story and background page is all we have outside of the core game’s VO and how they play. As such, sexuality gets left on the cutting room floor. It is, after all, one of the lesser aspects of a character.

When you think about it, only a handful of characters have actual sexuality when it comes to the game; Illaoi was dating Gangplank and flirts with Braum. Taliyah has small flirtations with Ekko. Garen and Katarina are in some sort of lovers feud. Lucian had a wife. Tryndamere and Ashe are married. In these cases, even the revealed facts are pretty bland. Which does make sense. After all, a majority of the populous is heterosexual.

When it comes to characters, we have two prevailing schools of thought: The “Everyone’s Bi” argument and the stereotype argument.

Most of this comes from the fact that giant IPs have so many artists, writers and more who all draw characters in different pairings and different ways. What’s the point of saying “Well canonically Miss Fortune is gay!” when you have a hundred aspiring artists and writers who are going to tell stories about her psuedo-boyfriend anyways?

In this argument, there’s no point in discussing sexuality because people will assign it on their own save for story hooks. Even in story hooks, such as last week’s “Tracer and Emily” information, will be disregarded to fit what fan writers and artists do. Everyone’s bi so who cares! I wouldn’t say this is a particularly diverse way of looking at things but it also gives players the most freedom to think however they wish.

This is also a feeling you generally have when it comes to make-your-own protagonists. Commander Shepard is Schrodinger’s sexuality: He’s simultaneously gay, straight and bi all at the same time. In this regard, League and games like it don’t need to talk about sexuality because everyone will make their own…and it cuts through the rough things that can happen in countries that don’t approve of such things like Russia.

Conversely, there are those who NEED the writers or story people telling them who is what. If you don’t, people instead default to what they know about a character. In a game like League, where most characters have very little writing to them, you end up playing heavily on stereotype and fan theory.

Take for example Taric. A soft-spoken, handsome man with a fondness for beauty and shiny things. All we know about him is his backstory (Demacian Soldier who is now Avatar of Protection) and a handful of voice lines. In trying to figure out who Taric would love to date, people asked Riot. They gave the non-committal “He loves everyone”. Thus, people default to stereotypes…which means Taric is about as gay as a triple rainbow over a pride parade.

In a vacuum with little/no writer input, people just default to stereotypes. It’s easier that way, after all. Of course the counter-argument means that Riot was implying Taric is bi or even something more like polyamorous. We don’t know their true intentions, however, and it’d be pretty bold to include such an underrepresented thing in fiction. (Sadly some people, myself included, need a cheat sheet for all the sexuality there are today.)

The Part Where I Talk About Vi

And now we come to Vi. Part of why I devote an entire section to this is because this is where all of this writing comes into play. When Vi came out I was smitten. She encapsulated everything I love in a female character and looked damn good doing it. Of course when I talked to everyone about it, I got the same feelings: “Oh yeah the lesbian.”

My personal belief was that I always saw Vi as bi. Which is also why I defend the idea so heavily. On one hand, I don’t feel like her story or upbringing makes her out to be someone who sticks with one person or someone who doesn’t flirt with others every chance she gets. On the other hand, I also hate the idea of putting her entire character in a lesbian box because she’s a stereotype many people see: Short, pink hair. Rough tomboy. Snarky and rude.

In this case, Riot eventually came out and somewhat “subtly” said Vi likes guys and girls. About as subtle as a taco and hotdog metaphor can be anyways. Yet this is again a non-committal answer. They can easily twist or change this however they want. Personally, I like the idea of Vi being bi. It gives us an underrepresented sexuality, keeping true to the character (at least in my mind) and adding one more layer to a character without going too deep into it.

Much of this probably reads like rambling. Like someone who has too much time on their hands to worry about what fictional people do in their love lives. To me, it’s an important issue. It’s not a damning one, sure, but I think it’s necessary to talk about this sort of thing. In games, we often have the saying of “Show, don’t tell”. People don’t respond well to just saying “Oh yeah whatever he’s gay”. We need to see it with our own eyes.

It’s also why the Tracer comic was such a big deal. We got pretty damning visual evidence and it was quite a bold move. That is unless you’re a denier, in which case Tracer is kissing a very good friend on her open mouth. Either way, League could take some steps in my mind to further push these boundaries. We can have more beyond stereotypes or just wondering if everyone is bi until we get a clear answer.

Hopefully one day I can see a comic of Vi hanging out with her lovers in an open relationship.