Remember back when you could just buy what you wanted? Yeah, I do too.

It was a short while ago in around 2009 that Team Fortress 2 introduced the concept of the loot crate. A box you could unlock with real-world money to get some rare items. Since then, almost every game worth its salt has a loot system. Be it a free-to-play mobile game to a cosmetic churning machine like Overwatch. Earnest and honestly: This sort of thing has to stop.

The concept of the loot crate inherently isn’t a bad one: A gatchapon of gear that you unlock for all sorts of random goodies. Perhaps you get that rare item you wanted. Perhaps you get wrecked and get a pretty meh item. It’s a roll of the dice every time. In idea, you’d think it’s a cool thing! Wow, free cosmetics for playing the game! Boy oh boy it’s just what I wanted…that said, in practice it’s never truly worth it.

When you consider loot boxes in games, they very rarely are for giving you exclusive, free loot. They’re a revenue generation device. People LOVE to gamble and video games are no exception. It’s why CS:GO gambling became such a big deal. The worst part about this is people hold up the excuse that this is a free system for a (usually) free game that gives you free loot…but you rarely get exactly what you want.

A perhaps sinister way to look at things, the “loot box” system is a way out for companies. It’s a tool they can point to and go “See, we give you free stuff all the time!” when it actually doesn’t change your income of loot items all that much. 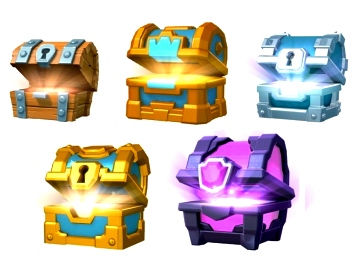 Perhaps worse yet is “competitive” games reliant on loot. I decided to give Clash Royal a try and see what the fuss was about…and frankly, it often feels awful. Having card-based unlocks and “items” makes the game either painfully one-sided or a slugfest between people with wet noodles. This feels like a TCG except you can upgrade cards and make them more powerful. Imagine if you could get between a two damage, four health Brann Bronzebeard or a ten damage, thirty health Brann Bronzebeard.

While I don’t like the loot systems in other games, THIS deserves a special note because of how it’s made. It’s made to force money out of you to win, as are many mobile games, and it feels truly awful.

Can the System be Fixed?

Alright alright, let me go further: This system is honestly far deeper and far more complex than I can earnestly say. There’s a fine balance to be had between “giving free items” and “giving so much free stuff nobody pays for your game”. Too much in one direction, you lose money. Too much in the other direction and…you lose money because people feel like you’re greedy and money-hungry.

Overwatch is likely the closest the system has come to work in a paid game while League/DOTA continue to work the best with other games. That doesn’t mean these systems are perfect: DOTA and League still have a tendency to lock time-based loot behind holidays and have confusing metrics for what a holiday box offers. Overwatch jacks up the prices for their timed loot to be three times as pricey as a normal item while only giving the base amount of coins.

Companies would need to take a fine line stance on these things. But perhaps the customer’s greatest hope is that competition breeds better environment for customers. League and DOTA have improved their boxes because of competition. Hopefully when someone steps up to Overwatch’s throne and provides better content for a fairer experience, Blizzard will have to change the way they look at things.

As it is now? This is a system with a lot of problems I’m not entirely sure can be fixed.